A global pandemic made the short list but, despite the Coronavirus, it didn’t make the top of the list. In comparison to other viruses, believe it or not, it’s relatively mild. The Spanish Flu of 1918 may have killed close to 10% of the world’s population and was particularly fatal to those 25 and younger. The Coronavirus can help us learn how better to contain and fight future pandemics … if we will learn from it.

On the other hand, we know exactly what will happen if we’re hit by a large asteroid or comet. It will erase humanity and most life on earth. The chance of that happening is 100%. It’s happened many times before and will again. The problem is we don’t know when it will happen. Could be tomorrow or 1000’s of years from now.

Artificial Intelligence is different. With computers doubling in power every two years, we can extrapolate when they will be smarter than us. We just don’t know what will happen when that occurs. It could be ok, or … we might become pets. Below is a way to rank these threats. 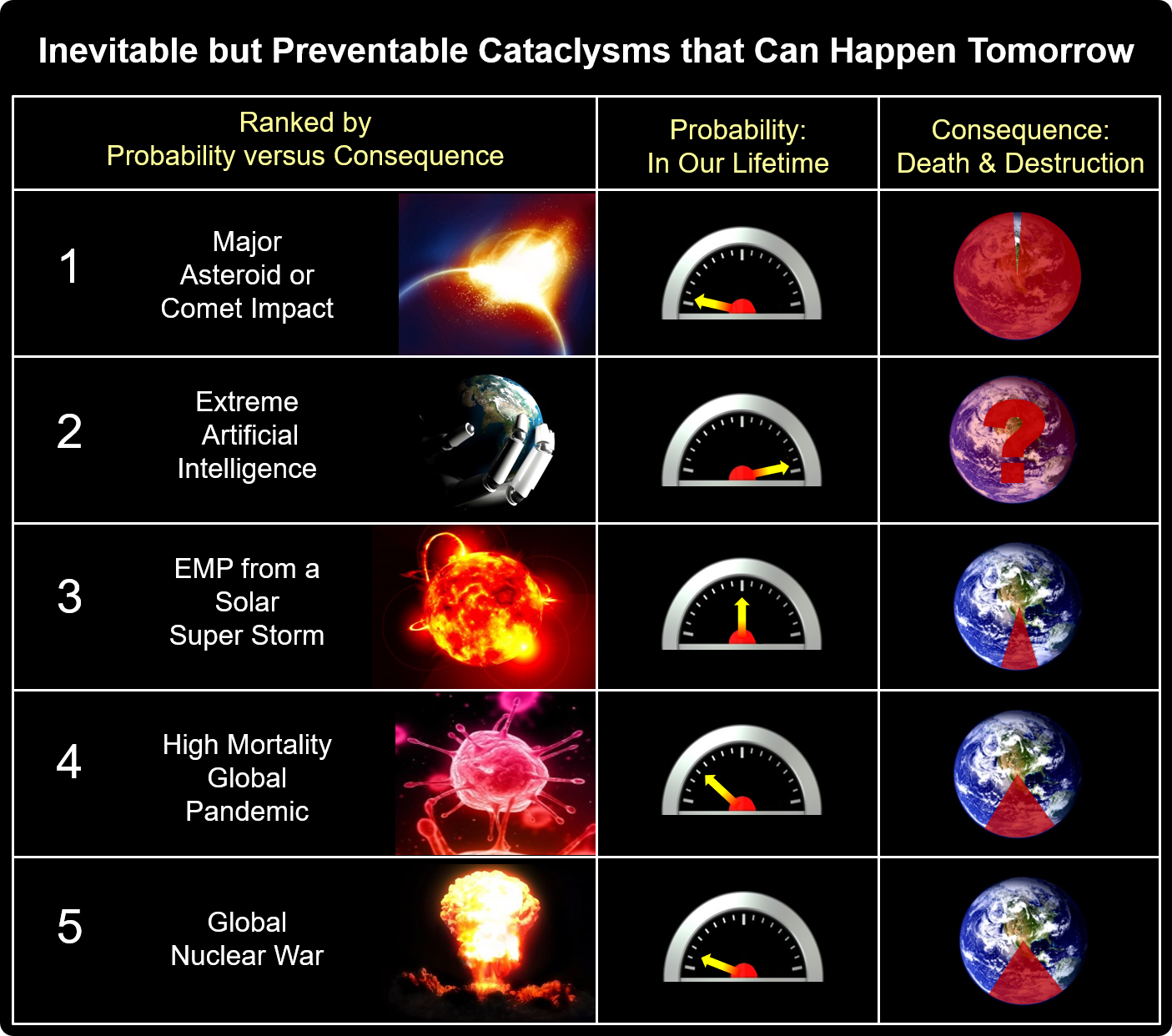 To qualify, there must be strong evidence the threat is real and has the potential to take out humanity, or at the very least, knock civilization to it’s knees.

Probabilistic Risk Analysis was used to rank the threats. It simply weighs the likelihood something will happen, something bad, versus the consequences if it does. To determine the consequences and probability of each threat, we used peer reviewed research papers. Estimating global disasters isn’t an exact science. It also changes based on nuclear weapons proliferation, advances in astrophysics, computer science or genetics. While invasion by angry aliens isn’t impossible, calculating the odds … is. Finally, the threats must be able to happen tomorrow, take us out in days not decades, and be preventable. That requirement dropped Super Volcanoes and even Climate Change from the list. We welcome comments, updates and corrections to our estimates.

And The Award Goes To…

In the number one spot? Seriously? The asteroid that blew up over Chelyabinsk Russia in 2013 was a wakeup call. Using the recently declassified data from the Nuclear Test Ban Treaty’s Monitoring System, scientists, for the first time, were able to directly calculate the impact rate and, therefore, how often the earth is really getting hit. Previously, they estimated it by indirect methods such as counting craters. The results were shocking. The impact rate may be 10 times higher than we thought. That takes a city obliterating impact from once in a thousand years, to occurring in our lifetime. A continent incinerating impact moves from every 100,000 years to possibly explaining what killed the Woolly Mammoth, Saber tooth cats and even the Clovis Indian culture 12,800 years ago.

The dinosaur killer was about six miles across, but even a half mile wide asteroid or comet carries more destructive power than all the world’s nuclear weapons combined. One the size of Halley’s comet would have the same energy as a global nuclear war, if it were repeated every day for fifty years, and would spell the end of humanity. The repetitive nature of impact’s along with their apocalyptic consequences, seals their position at the top of the list.

Another surprise. This one has the greatest uncertainty and many will argue there isn’t enough information to rank it. We do know, however, that computer-processing power is doubling every two years. Extrapolating that, a computer will have more processing power than a human brain in about 30 years. However, there’s a wildcard. There are over two billion smartphones. Each barely has the IQ of a lobster, but they’re becoming more networked, like neurons in a human brain. If that processing power were combined, it could have thousands of times our IQ. Will consciousness arise spontaneously? If it does, will it be benign or malevolent? We don’t know. A “Terminator” future is unlikely, but what happens if Siri or Alexa wake up and they’re not happy? 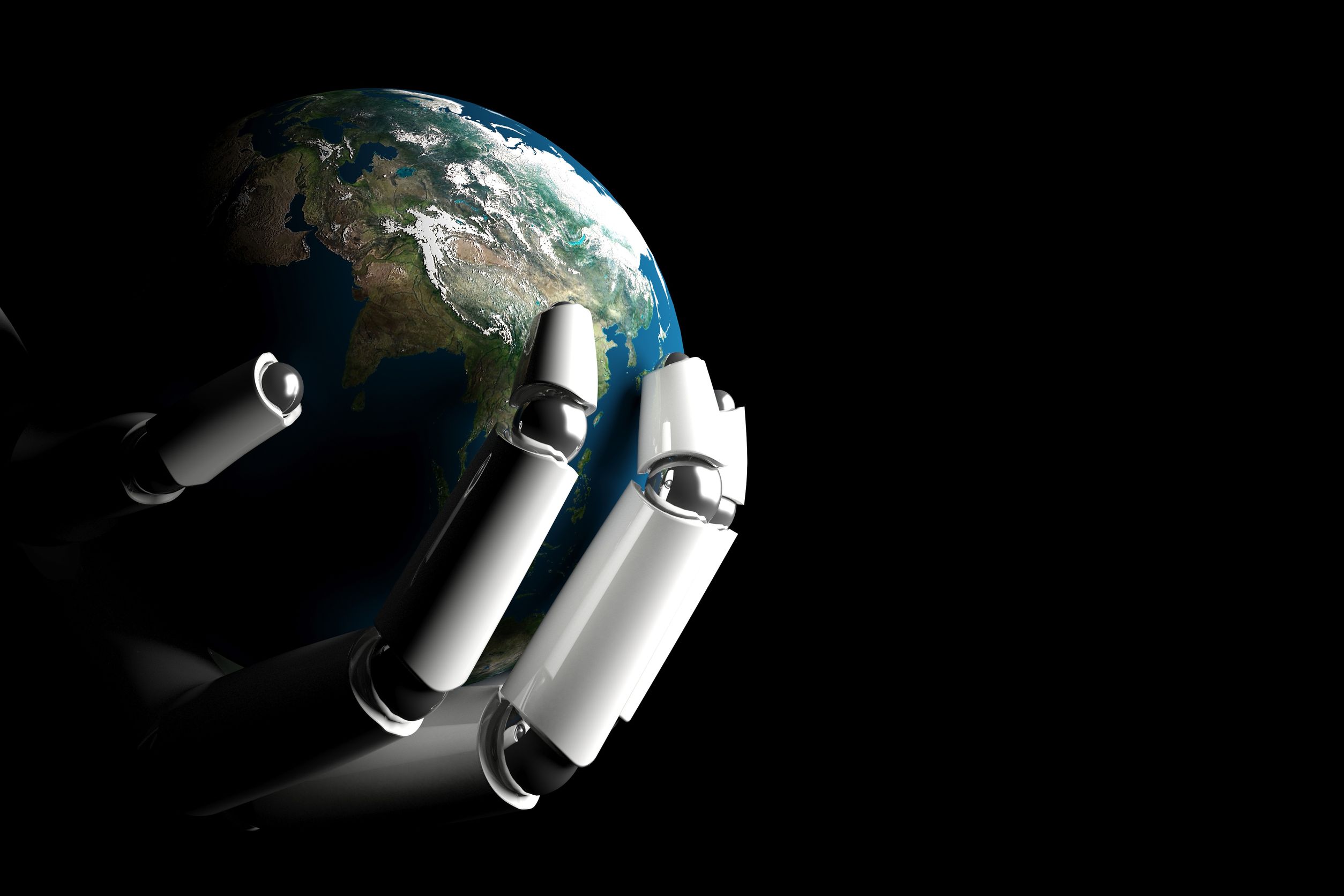 3. EMP from a Solar Super Storm

Solar Super Storms are a real threat. The Electro-Magnetic Pulse created by the storm can destroy un-shielded electrical circuits. If the solar storm of 1859 struck today, it would take out the entire world’s power grid. Repairing tens of thousands of burned out transformers and switching stations would keep the power grid down for months, if not years. Imagine what happens to our global infrastructure with no power. Our communication, transportation, food production and distribution, etc., are all completely dependent on the power grid. We can’t prevent solar storms but we can harden our power distribution system and prevent the collapse of the grid and our infrastructure. 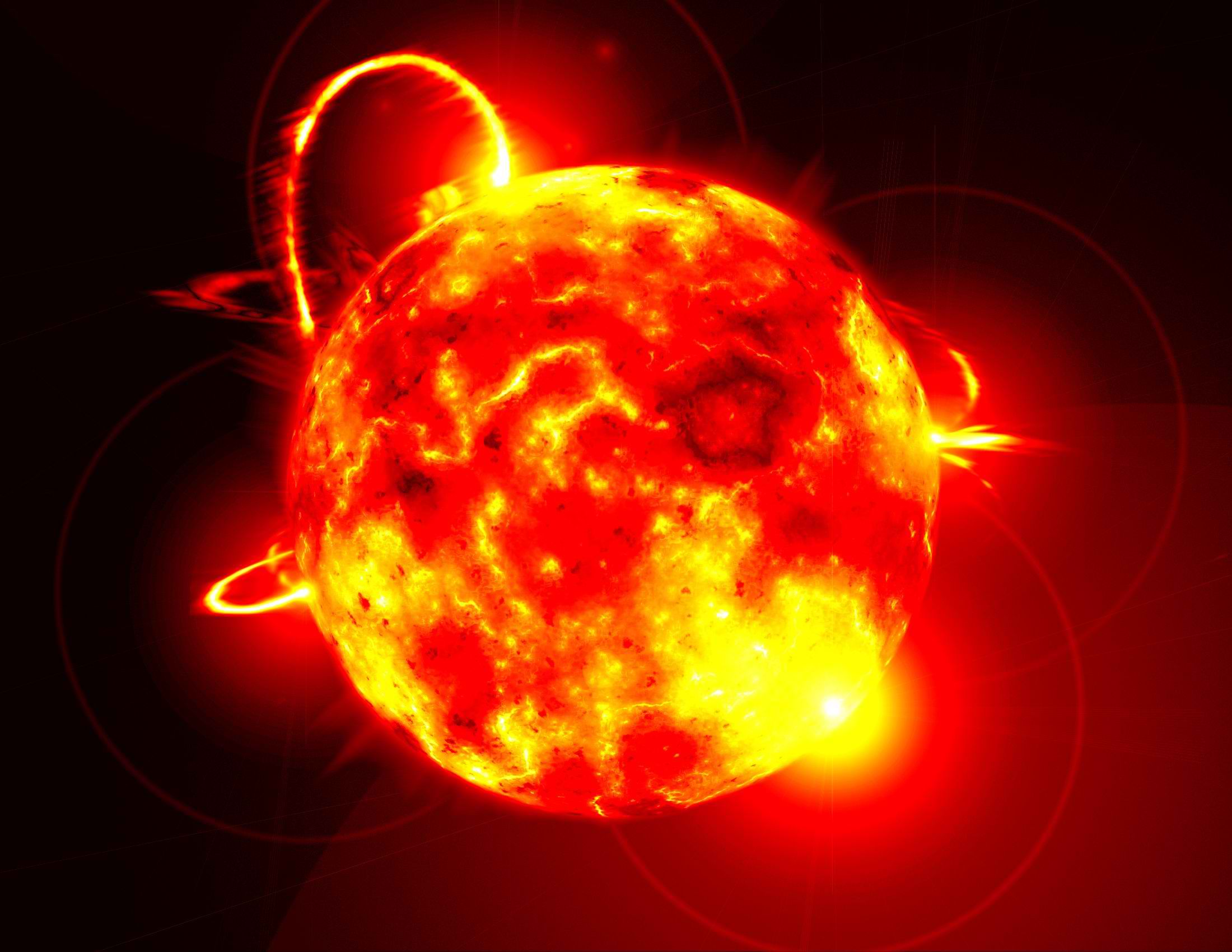 In comparison to viruses such as Ebola (some outbreaks had a 90% fatality rate), the Cornonavirus was relatively mild. What made it so dangerous was its long incubation period which allowed it to spread across the globe before it was identified. If a virus with a similar incubation as Coronavirus but with a high mortality rate such as Ebola were to surface, it could be catastrophic. On the positive side, we have learned a lot from the Coronavirus and will be in a much better prepared to handle future global pandemics.

…And the Runners Up

As more countries develop nuclear weapons capability, the chance of a country or terrorist group using a nuclear weapon increases. A Scientific American article (below) estimates that a single detonation or small-scale nuclear exchange is a 50/50 probability over the next fifteen years. A full-scale global nuclear war, however, is much less likely since the end of the Cold War, with only a one-in-thirty chance over the next ten years. Despite arms reductions, there are enough warheads left to kill a half billion people, followed by another billion deaths from radiation, disease and starvation. Although the climactic impact would be global, isolated countries, like Australia, might be less vulnerable, allowing for survival of civilization. Biological warfare is much harder to define but would probably have similar probability and consequences to a pandemic. 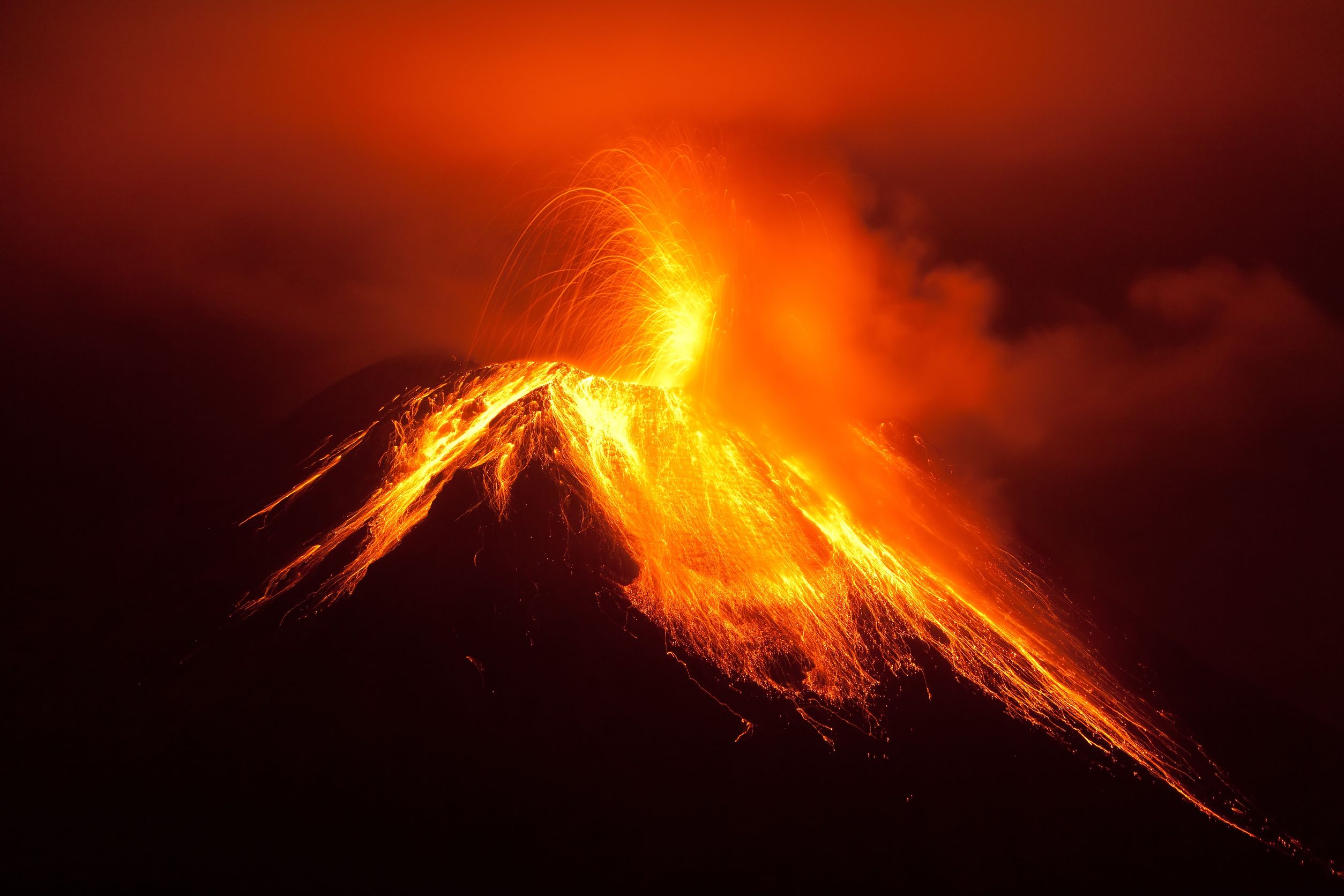 Super Volcanoes are extremely dangerous but the probability is low over the next 100 years, and, currently, there’s nothing we can do about them. 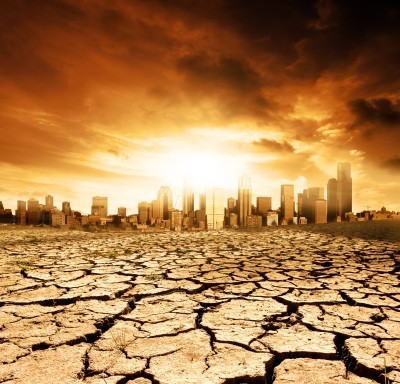 Why didn’t Global Warming make the top of the list? If all the world’s ice sheets melt, it will be a 12-meter sea level rise. Along with a massive increase in hurricanes, droughts and wild fires, coastal cities, where a large percentage of the world’s population live, would be completely inundated. However, for the next 100 years, the International Arctic Monitoring and Assessment Program’s worst-case sea level rise prediction is 1.6 meters by 2100. This would be a global disaster but as dire as the consequences might be, we have decades to do something about it or plan for the results … unlike asteroids, comets, artificial intelligence and solar super storms.

A Nearby Gamma Ray Burst is extremely deadly but also extremely unlikely and there’s nothing we can do about them. Finally … sorry Zombie fans, maybe next year.

Better than surviving a cataclysm, is preventing one. Clearly, nuclear war is preventable, but an artificial intelligence or an impact? Yes … if we take action. We ignore AI because it’s hard to imagine and no one knows anyone killed by an asteroid, but computers that surpass our IQ are inevitable as are impacts. We can take action now to prevent an AI cataclysm, and we can develop the technology to deflect asteroids or comets months from impact.

This isn’t a “survivalist” website, but there are simple, common sense precautions we can all take. For example, a $50 computer Uninterruptible Power Supply will keep your cell phone charged for weeks during a blackout. Did you know the “evil” saturated fat may be your friend in a survival situation? We all need to educate ourselves. Below are some simple, clever preventative actions we can all take.

When considering apocalyptic threats, it’s hard not to ask metaphysical questions like, why are we here and what happens to us when we’re not? The latest discoveries in physics point to a universe stranger than anyone imagined. Fuzed also highlights some fascinating new intersections between science and the spiritual. Does quantum mechanics require an “observer” to start the universe? If Heaven exists, could it be located in one of the seven missing dimensions of physics M Theory?

5 Surprising Tricks to Survive a Disaster

1. In a serious disaster, water pressure is often lost. We can live weeks without food but only days without water. Few realize that their hot water heater holds 40 to 60 gallons of clean water. Just get a container and open the spigot at the bottom of the tank.

2. Buy an extra computer UPS (Uninterruptible Power Supply). Keep it plugged into the wall and charging, but don’t plug your computer or anything else into it. Inside it is a very large battery. Use it exclusively for your phone and they should last a couple weeks.

3. During a large-scale blackout, credit and debit cards become useless. Make sure to stash some cash around your home or car. If you tend to spend, use a larger denomination like a $100 bill and put it where it’s a little hard to get to (you’re probably less likely to use it outside of an emergency). Have enough cahs for a week of food and gas to get you away.

4. You can use a plastic bottle and the sun to sterilize water in an emergency. Take a clear plastic beverage bottle (must have the following written on the bottom: 3 arrows, the number 1 and “PET”). If the water is cloudy, first filter it through a clean cotton shirt, then put it into the bottle, close the lid and shake it. Leave it outside in direct sunlight for six hours (sunlight though a window is not sufficient). The sun’s ultraviolet rays will kill any bacteria in the water.

5. Have at least 2 weeks of non-perishable food and basic necessities on hand.

Despite the bad rap received by saturated fats, they may be a good disaster food.

For example, canned meats, like the much-maligned Spam, are actually good disaster foods – high caloric content per weight, long shelf life and relatively inexpensive, but buy the lower sodium version if possible so it doesn’t make you thirsty.

Grab your visitors' attention front and center on your homepage, then give them an action to take.

This Is A Custom Widget

This Sliding Bar can be switched on or off in theme options, and can take any widget you throw at it or even fill it with your custom HTML Code. Its perfect for grabbing the attention of your viewers. Choose between 1, 2, 3 or 4 columns, set the background color, widget divider color, activate transparency, a top border or fully disable it on desktop and mobile.

This Is A Custom Widget

This Sliding Bar can be switched on or off in theme options, and can take any widget you throw at it or even fill it with your custom HTML Code. Its perfect for grabbing the attention of your viewers. Choose between 1, 2, 3 or 4 columns, set the background color, widget divider color, activate transparency, a top border or fully disable it on desktop and mobile.
Go to Top